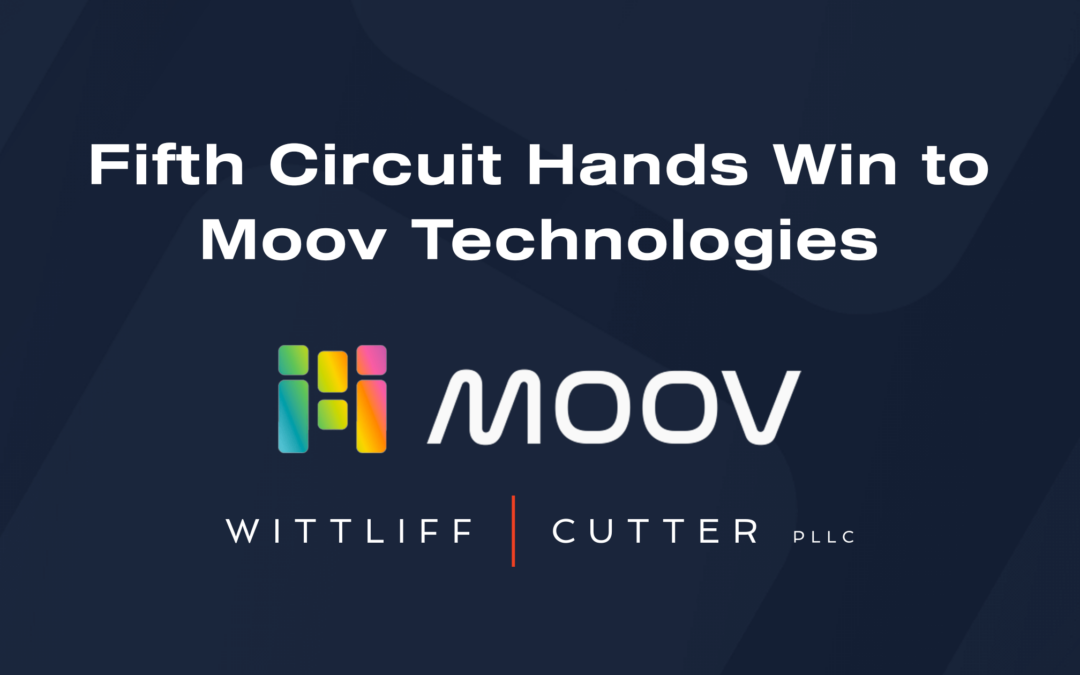 In a unanimous 10-page opinion, the U.S. Court of Appeals for the Fifth Circuit has affirmed the district court’s ruling in favor of Moov Technologies, Inc.

In a lawsuit filed in March 2021, CAE claimed that Moov—a fast-growing newcomer competing in the used semiconductor trade—and its employee Nicholas Meissner had stolen CAE’s trade secrets. According to CAE, Moov’s knowledge of the identify of some CAE customers and industry contacts showed Moov had misappropriated trade secrets.

Following a two-day evidentiary hearing, the district court found against CAE, concluding there was no evidence Moov had accessed or used any CAE trade secrets and denying CAE’s request for a preliminary injunction. The district held CAE had failed to demonstrate “a likelihood of success on any of its claims” and Moov had disproved CAE’s theory that the young company’s success could be due only to its supposed trade secret misappropriation.

The Fifth Circuit affirmed that ruling today. In doing so, the panel held that, there was no evidence that Meissner and Moov accessed or used CAE’s data and that any information about CAE’s customer identities must have come from Meissner’s personal knowledge or public sources. Any injunctions placing conditions on “employment shall be based on evidence of threatened misappropriation and not merely on the information the person knows,” the Court wrote. The panel concluded that Meissner’s knowledge of whom he worked with while at CAE, absent other evidence, was insufficient to support a finding that he and his employer Moov had misappropriated trade secrets.